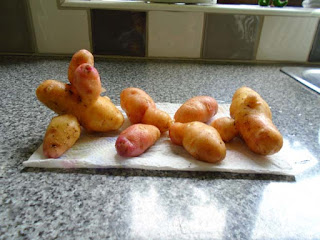 Earlier this year I had a chitting Anya potato in the veg draw.  I popped it into a pot in the greenhouse and this is what I have now.  Veg flan, new potatoes and salad for dinner today. 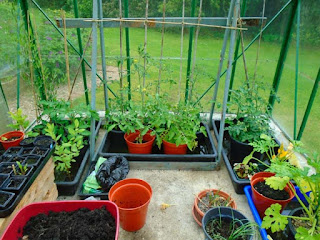 The greenhouse is looking good with tomatoes, courgettes and other veg growing on well. 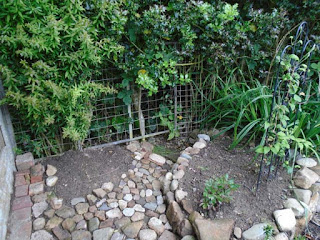 At the top end of the garden, I have tidied up the cat run and added a few more plants and seeds. 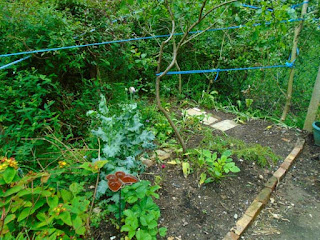 The mound around the old Leylandii we took out is looking more like garden.  The ropes have been used to coax the Holly stems to vertical.  They should be coming out in the Autumn. 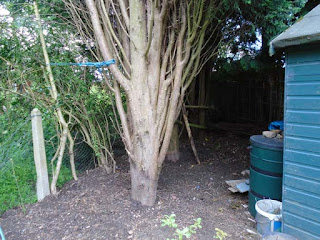 Just 3 Leylandii left - the big one will be removed later this year and the other two will be trimmed down.  The mound of soil is almost gone and the rubble therein has been disposed of.
Posted by Pterosaur at 13:18