Recently, a flight simulator enthusiast from the US passed me a recipe to try out.  This is based on a bread roll produced by Giuseppe Argiro in his bakery in Fairmont WV in 1927.  It was produced as a lunch for working coal miners and is a well liked US food today. 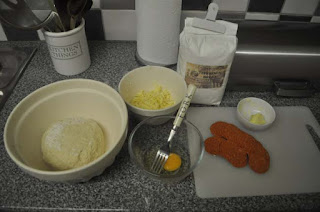 The basic ingredients are white bread dough with butter rubbed into the flour, enriched with an egg. Pepperoni sliced thinly and grated cheese.  The dough needs to prove for 30 minuted before using it. 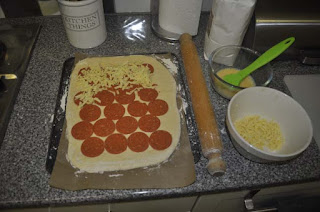 The dough is rolled out thinly and egg washed.  Pepperoni slices, then cheese, are layered out across the dough, leaving a thin clear area at the edges. 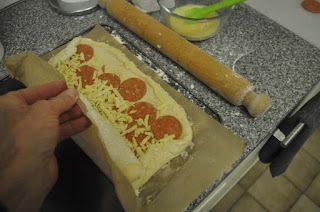 The ends are turned in, then the parcel is rolled up and sealed with egg wash to prevent any seepage during cooking. 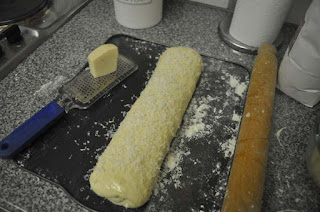 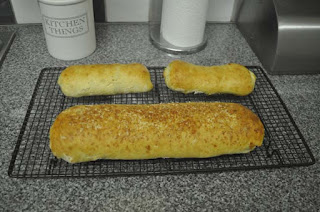 The smaller rolls only need 15 minutes to bake. Cool before slicing. 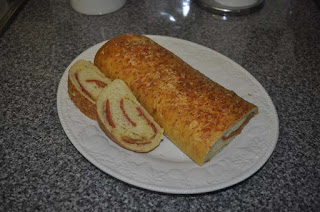 The pepperoni will soften during cooking and the oils and spices will diffuse into the bread to enhance its flavour.
Supermarkets often carry a vegetarian pepperoni, but the purist would need to purchase the cured spiced sausage from a reputable butchers to slice as needed.