The T2 hangar was an RAF temporary hangar that was intended to be put up quickly as a kit assembly during World War 2 - capable of being dismantles and re-erected elsewhere.  This was the largest of the temporary hangars.  Many of these hangars were reinforced as T2 Heavy Duty hangars to be kept as permanent fixtures on RAF stations.  Two such hangars remain at Llanbedr airport in Wales. 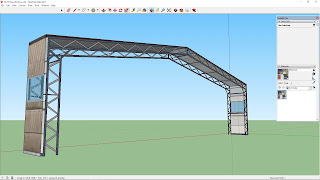 I have just modelled this hangar based on an assembly module - for X-Plane 11 flight simulator.  The bulk of the hangar is made up of such arched structures, each half being identical along the centre line.  This enables the hanger to be assembled to a length that fits the space available. 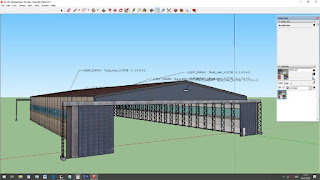 Once the hangar body is assembled, the doors and door frames are fitted at each end.  The T2HD has twice as many support frames as the standard T2 hangar. 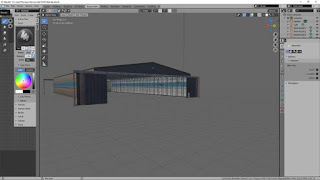 My hangar was built using Google SketchUp as it was a simple angular structure, but it could easily have been built in an industrial standard CAD system program like Blender as shown above. 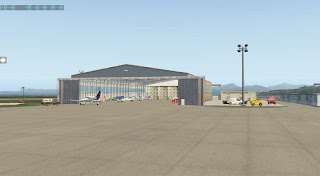 The hangar sits well in the X-Plane scenery and it shows the doors open, with aircraft and equipment inside the hangar. 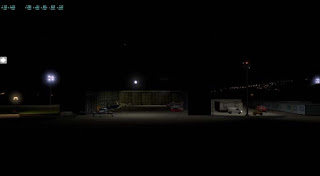 At night, the lights are on, so the contents of the hangar can be clearly seen.  I can see a few minor tweaks that are needed before the scenery model is completed, but the basics work well.

This model is the most detailed hangar I have made so far.  Most of my hangars are single skin structures with a simple interior.  This hangar will accommodate aircraft and look good inside.